Preheat oven to 160°C.
Grease a deep ovenproof dish.
Rinse the rice and place in a saucepan.
Add the evaporated milk and milk.
Simmer on a low heat for about and hour or until the rice is tender and creamy.
Stir occasionally, taking care not to burn it.
Cool the rice slightly.
Whisk the egg yolks and castor sugar together until light and fluffy.
Add to the rice and mix.
Whisk the egg whites until soft peaks are formed and fold into the mixture.

Prepare the sauce while the rice is cooking and nearly done.
In a saucepan heat the butter, brown sugar and evaporated milk until the sugar has dissolved.
Simmer for about 3 minutes before adding the vanilla essence.
Pour the sauce into the ovenproof dish.
Spoon the rice mixture on top.
Bake for about 40 minutes or until the pudding has set and is cooked. 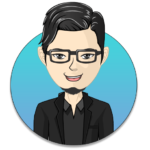